Call for More Information on These Bracket Mounts 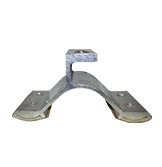 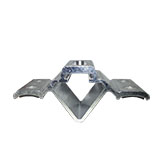 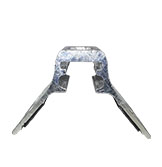 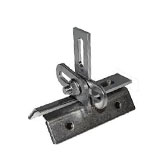 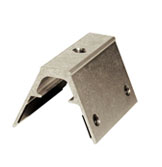 S-5! Bracket Mounts complete the versatility of the S-5!® roof clamps. Ideally the goal is to never penetrate a roof, but not all roofs are created equal. Since exposed-fastened metal roofs and corrugated roofs have already been penetrated several times, the key is in sealing the holes properly as to avoid leaking. Products like the RibBracket, ProteaBracket™ and the TrapBracket™ are installed on the roof without further penetrating the roof decking. The CorruBracket™ and the VersaBracket™ have a layer of factory-applied sealant already attached to the bracket to properly seal further penetrations made by screws.

Bracket mounts work together to make possible the installation of various S-5! products such as ColorGard® and X-Gard™; as well as, other various rooftop units such as: signage, satellites and more.

Do not underestimate the potential of S-5 bracket mounts. Rob Haddock, the founder of S-5!®, and the S-5! team have spent more than 20 years creating roof mount products for metal roofs that work. With the many types of metal roofs in use today, the need for basic rooftop appliances remain universal. Mr. Haddock this need and not only fixed many of the challenges associated with putting things like HVAC units and solar panels on standing seam roofs, but theses same rooftop appliances can now be easily installed on non-standing seam metal roofs.